5 Most Visited Religious Destinations Of Kerala 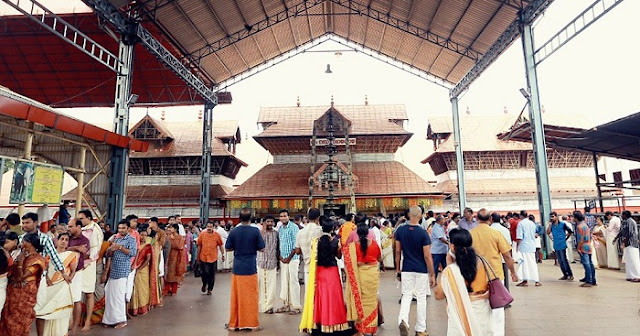 Kerala is a small yet most visited state of the country India and this is because of the exceptional beauty of the land. This state is not just gifted with an alluring nature ambiance, but there are several ancient temples which owe a great importance and thousands of devotees visit the temple in the God’s own land every day.

So one needs to make some time to visit the ancient temples in the state Kerala and gain a delightful experience of the holiday.

One of the ancient temples in the outstanding destination Kerala is the Thirunelli temple located in the Wayanad district. This is a very mesmerizing location which is even nicknamed as the Kasi of the Southern part of India and is dedicated to lord Vishnu. The architecture of the temple is another appealing attraction and one can see rare paintings, sculptures, carving and many more in the temple complex. This sacred place is visited by thousands of devotes every year and the whole region turns very attractive during the auspicious days.

This temple is located in the temple town of Kerala Thrissur. The specialty of this temple is that it delivers a pleasant message that the almighty is same and there is no difference between Lord Shiva and Vishnu. There is a shrine Shankaranarayana in the temple which stands as a special attraction. The temple turns much more opulent during the time of the festival Thrissur Pooram. There is a shrine of Rama, Shiva and a temple of Devi in the complex, which are to be seen during the holiday.

Located in the Shayadri ranges this is one of the popular temples of Kerala dedicated to Lord Ayyappa. Sabarimala is a sacred temple and people visit this temple in the month of January after following the strict Deeksha or Mandal puja of 41 days. Everyone cannot enter the temple and one needs to follow a few rules to reach the 18 holy steps which are before the deity. This is one of the notable temples in the southern part of India, which is mostly visited by devotees during the day of Makar Sankranti a Hindu festival.

Dedicated to the Lord Krishna this temple in Guruvayur is very holy to all the Keralites. This is an ancient temple which reflects the heritage and this opulent temple turns much more catchy during the day Ekadasi. Thousands of devotees visit the temple to see special ceremonies on a particular day and especially during the auspicious months. The deity is decorated with a Tulasi garland and the temple owes a vibrant ambiance. The architecture of the temples is a special feature and this was constructed in such a manner that the sun ray touches the feet of the idol in the summer. This is one of the most visited temples of not just the state of Kerala, but the most wonderful south Indian temple.

A great religious place in Kerala is the Sri Padmanabha Swamy Temple, which is known for its amazing architecture. The construction style of the temples amazes every individual; especially the gopuram in Dravidian style mesmerizes travelers. The temple and the beauty of the carvings along with the idol of Lord Vishnu are worth of visiting once in a lifetime. Not just the construction style and the idol, but the whole temple is a masterpiece loaded with remarkable structures that grabs the attention of every traveler.

You can get several India Tour Packages to visit above noted temples of Kerala and one can visit several other amazing temples with appealing art and architecture in and around the state.

Nice Information Thank you for sharing
From
varanasi tour packages

Nice Information Thank you for sharing
From
Palm Beach Hotel