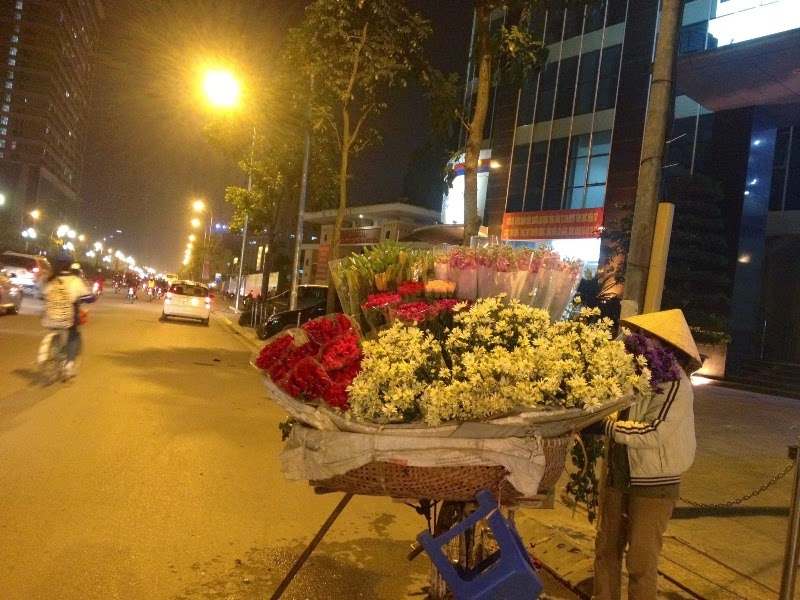 Hanoi is filled with a new face of daisy flowers along any corner. The white and violet color covers Hanoi streets, from the big to the small lanes in even rainy or sunny days. Vendors often carry flowers on their bikes and sometimes stop on the pathways. The “bike of flowers” is also appeared on many international magazines to become the typical sight of Vietnam. 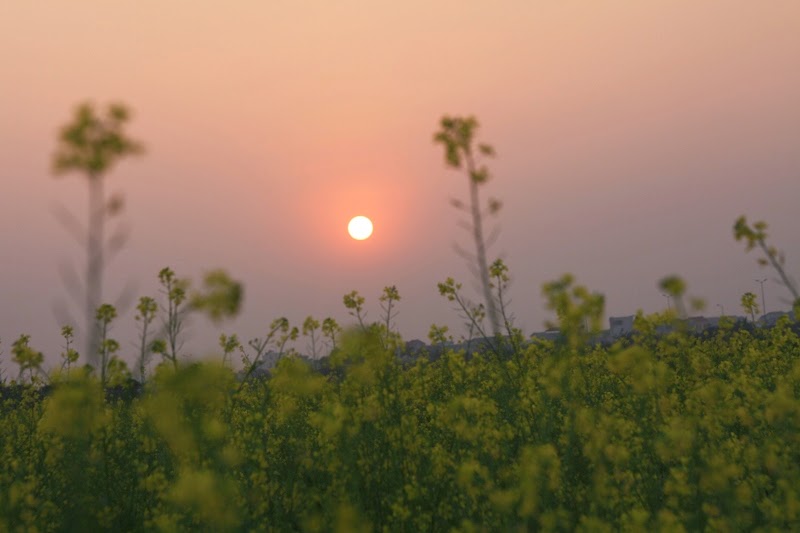 When December comes, yellow blumea flowers lighten Hanoi. Thanh Tri Garden Flower always the best place for teenagers to take the picturesque photos. Thanks to its own simple and natural beauty, the yellow carpet among the vast field adds the allure of Hanoi in the eyes of visitors. 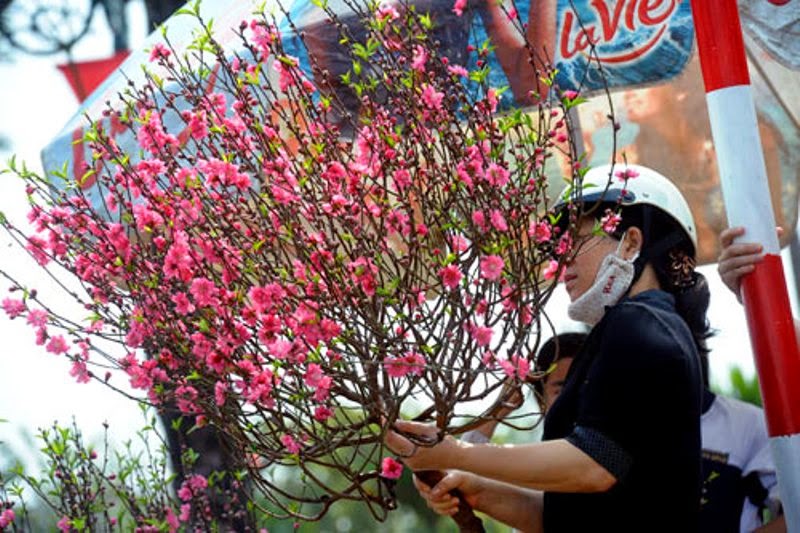 Also known as the time of Tet Holiday, the small and delicate petals of peach blossoms covers all Hanoi streets. From the outskirts in Nhat Tan Flower Village to each corner, peach blossoms bring the “taste of Tet” to any one in Hanoi. 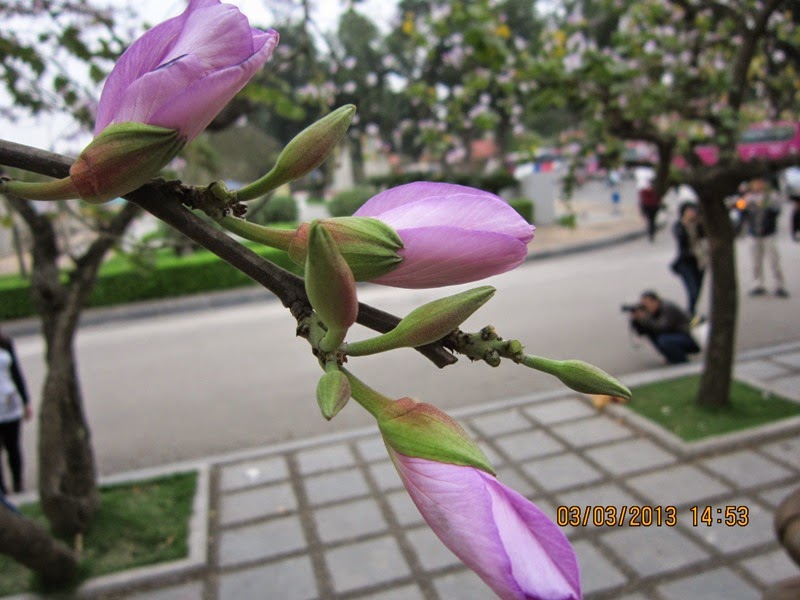 When the slight rain at the end of February comes, bauhinia adorns Hanoi by it elegant pinky color in Bac Son Street and Hoang Dieu Street. Planted in Hanoi for ten years but it is now symbol on March. You will definitely have to exclaim at the first time to see it. Through the lens of photographers, it will be more charming and poetry. 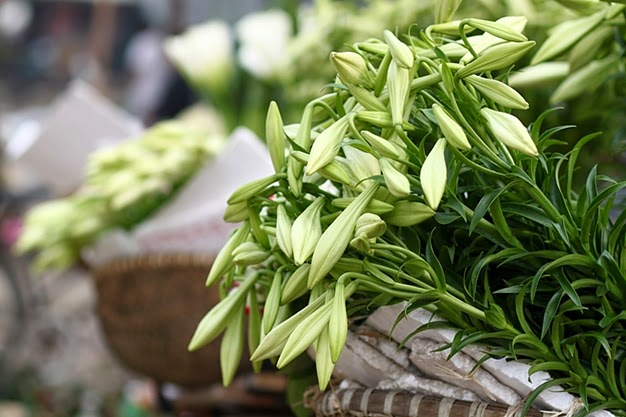 From the beginning of April, Lily flower attracts all ages of Hanoians, from the elderly to the teenagers, from officers to housewife. It is easy to catch the girls with bunch of Lily flowers to take the glamorous pictures.

Flamboyant and banaba in May 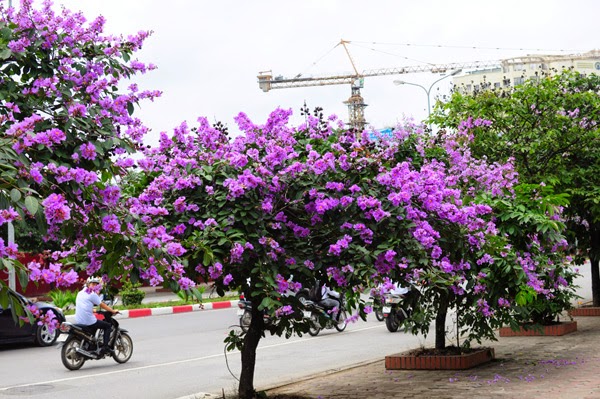 May burns Hanoi with the brilliant deep violet and red flamboyant and deep violet banaba in many streets and schools. It is considered the signals for students ending their school year. 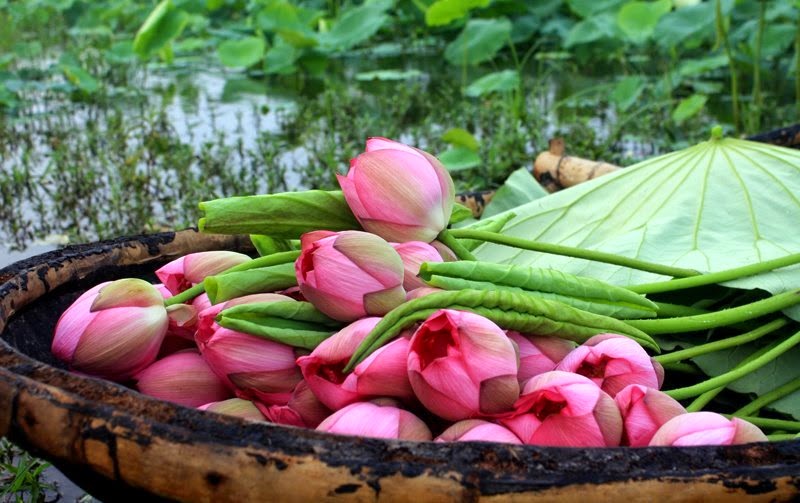 Regarded as the Vietnamese National Flower, Lotus is the symbol of simplicity and purity. At that moment, West Lake is crowded with many teenagers and photographers to take the best photos. Vietnamese purchase it from vendors and arrange it into a vase like a small jar. It is suitable with its own simple beauty. 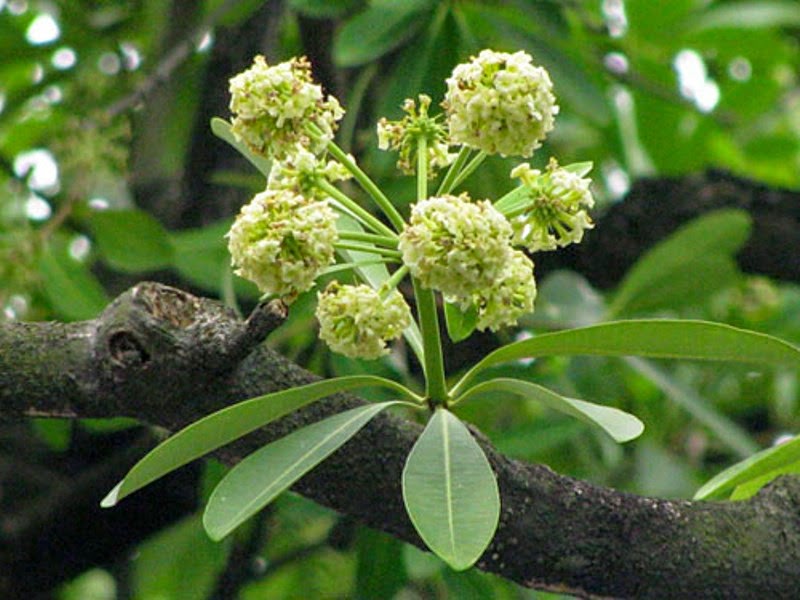 Hanoi is not charming in fall without passionate flowers. It is the typical image of Hanoi on the arrival of Autumn. Wandering along Nguyen Du Street, Quan Thanh Street and Nguyen Chi Thanh Street, travelers are pervaded with the alluring fragrance of milk flowers. 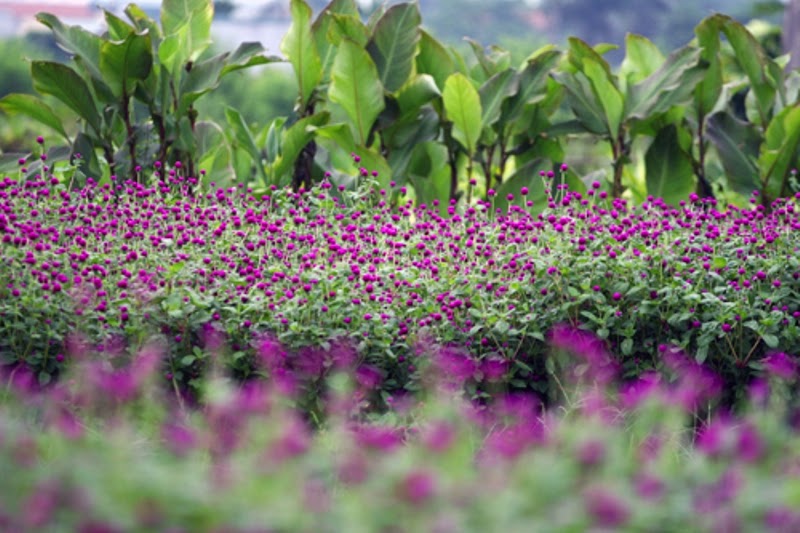 Hanoi welcomes October by the deep violet of bach nhat from vendors. Not as delight as banaba in shine of summer, its gentle purple color associates with a little bit dry in autumn. Nowhere is more magnetic than Nhat Tan garden flower in these days of October.