Category : Vietnam Destinations - By Unknown - At 12:03:00 PM - No comment
Located between India, China and facing the two great oceans, the peninsula of Indochina used to be one of the world's most prosperous regions. Although time decays glories of all those dynasties in the past, the remaining now is still several lost ancient cities that captivate the imagination and curiosity of millions of travelers over the world.

Mrauk U or Bagan in Myanmar

The Golden Land of Myanmar has just been open for tourism, thus there’re still many secrets waiting to be unfolded. If you want to visit Myanmar for the first time, Bagan is a must visit along with the tranquil Inle Lake and the hectic Yangon. People often spend 3 or 4 days here but the truth is, you can stay here for a week to explore the deserted plain of Old Bagan that is full of ancient temples and stupas. However, if you want something new and get off the beaten path, Mrauk U is the one for you. Unlike Bagan, it is estimated that only 500 or so tourists visit Mrauk U every month. Plus, the temples here are not like anywhere else in the world.
Read more: Mrauk U or Bagan 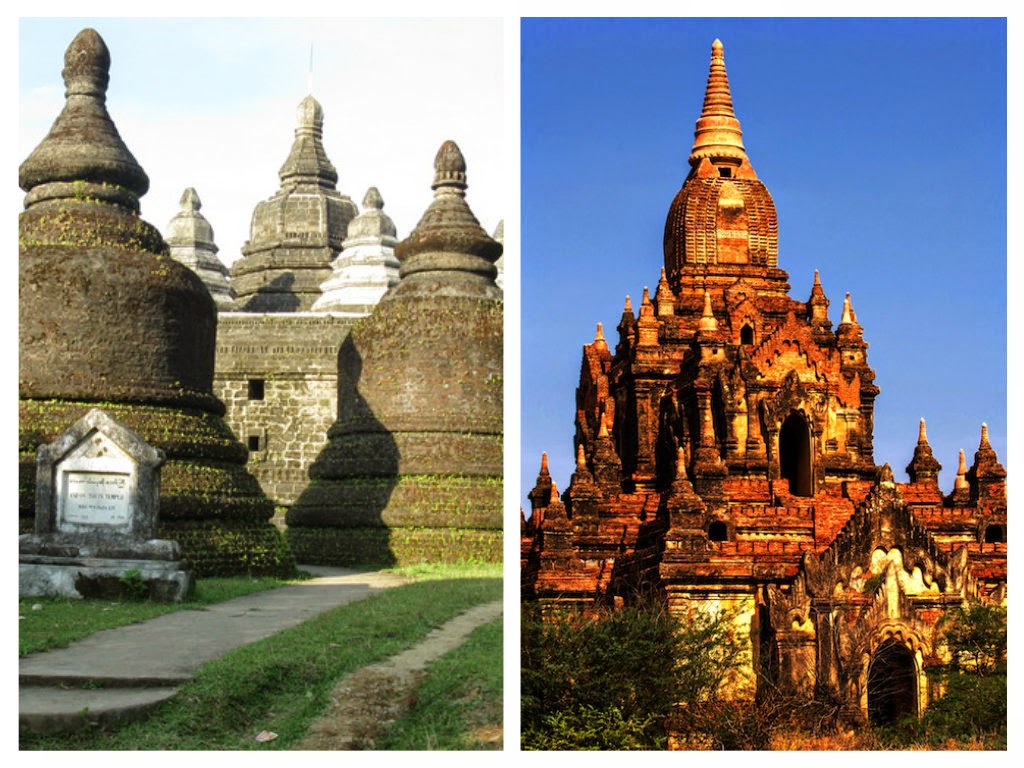 The historical park of Sukhothai is a stunning display of the first unified Siam Kingdom’s legacy in the 13th century. Literally means “Dawn of Happiness”, Sukhothai used to be one of the biggest cities in Southeast Asia 800 years ago. The remaining today is almost 200 ruins scattered across 70 kilometers square. However, the city center is only 3.2 kilometers square and can be easily walked or biked around. Next time on your way of travel in between Chiang Mai and Bangkok, drop by and visit Sukhothai Historical Park to learn more about the rich history and culture of ancient Thailand. 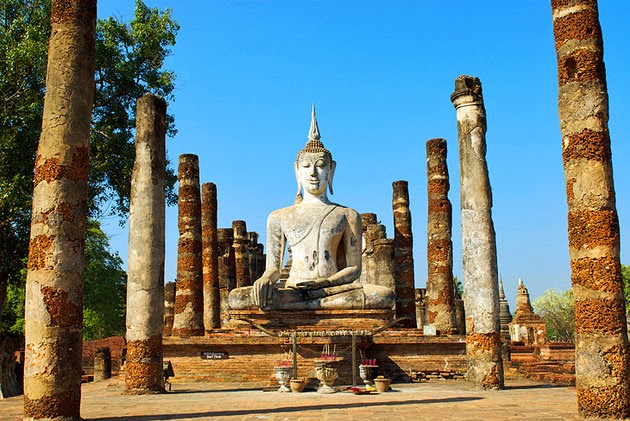 Much has been told and said about the biggest religious structure in the world, Angkor Wat is not the only attractions here. Angkor Wat is a spectacular temple, but behind it is the wondrous ancient city of Angkor Thom, the most enduring capital city of Khmer Empire. Around here, there’re myriad temples and ruins scattered, the most famous is Bayon Temple, which consists of more than 200 mysterious smiling faces. Sunrise here is just sensational. And when after the glorious sunset, head back to Siem Reap to explore the nightlife. 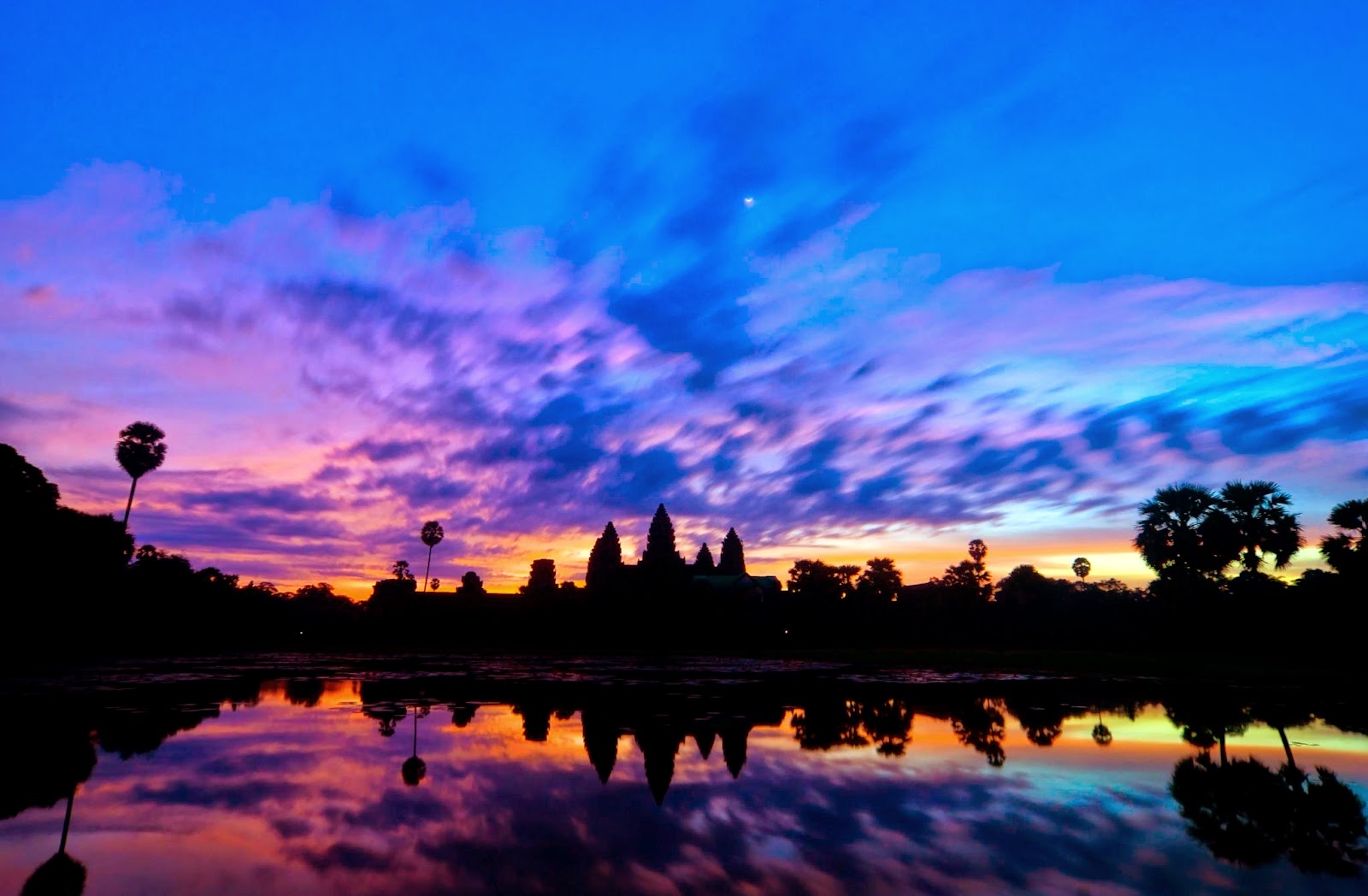 My Son in Vietnam

Located near the charming town of Hoi An, the ruins of My Son represents the architectural heritage of Champa Kingdom which reigned Central Vietnam from 4th to 14th century. The temples are designed in Hindu style is very steady. Scientists now still cannot figure out the elements that build up the towering temples of My Son. 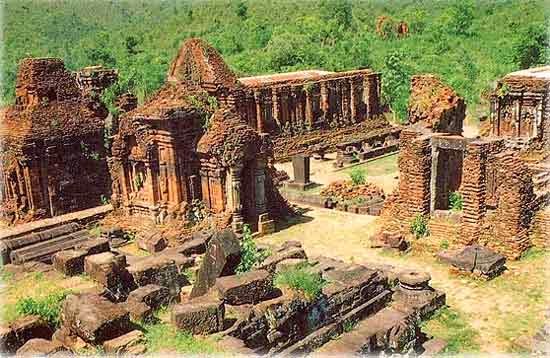