Category : - By Brian Vu - At 1:47:00 PM - No comment - Local : Myanmar (Burma)
The Pyu Ancient City is actually the remains of three brick, walled, and moated cities of Halin, Beikthano and Sri Ksetra located in vast irrigated landscapes in the dry zone of the Ayeyarwady (Irrawaddy) River basin. Pyu had its own language and written script which was derived from Brahmi of ancient India. In terms of culture, Pyu’s culture was heavily influenced by trade with India, importing Buddhism as well as other cultural, architectural and political concepts. Significantly, each of the cities had extensive monastic quarters. 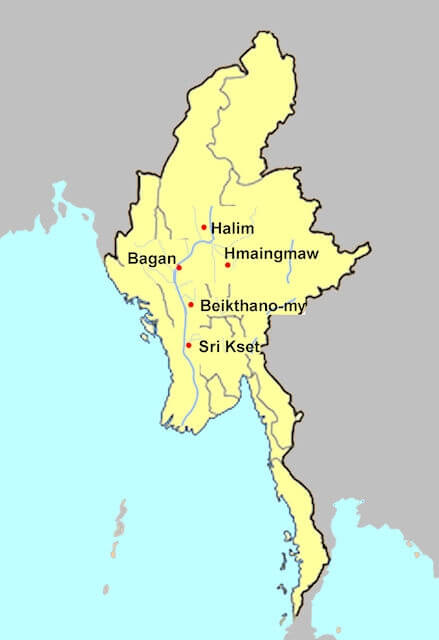 The Pyu Ancient Cities are the common name for the Pyu states that existed in central and northern regions of the modern Myanmar, dating from the 1st century BC to 840 AD. The history of Pyu city - states is discovered by the document and the Chinese records of Pyu states.

The Pyu Ancient Cities provide the earliest testimony of the introduction of Buddhism into Southeast Asia also two thousand years ago and the attendant economic, socia – political and cultural transformations which resulted in the rise of the first, largest, and longest – lived urbanized settlements of the region until the 9th century. The Pyu showed a striking capacity to assimilate Indic influences and swiftly move into a significant degree of re – invention.

The Pyu are one of the ancestors of the Burmese. The Pyu people immigrated into Myanmar around the 1st century BC, but there are records of the time that show that they arrived in Myanmar more earlier. They founded 5 states namely Binnaka, Mongamo, Sri Ksetra, Peikthanomyo, Kutkhaing in the northern region. Additionally, they set up Halin gyo Thanlwin Coastal area in the east and Martaban Bay in the south.

At the early period, the trade route from China to India passed Myanmar. During the year of 97 to 121, the Roman delegation to China followed the road route through Myanmar. However, the Pyu citizens chose another route, they traveled along Ayeyarwaddy river to Shri Ksertra river, and then went along the sea road to the west of to reach India and to the east to get to the islands of Southeast Asia.
According to the preserving Chinese historical document, there are 18 Pyu states, nine of which were walled city, covering 298 districts. The Pyu states are human and peaceful, more importantly, they have a prosperous life and rich culture. Significantly, Pyu states seemed not to deal with war or conflict. Their disputes ( if any) were solved by martial competiton of level playing field and construction contest. Interestingly, they decided to wear clothes made of cotton instead of silk in order not to kill the silkworm.

Regarding the legislation, those that breach the law is fined or suffered imprisonment, or even face the death penalty if they commit a serious offense. The Pyu people worshipped the Buddhism, so all children were educated in the monasteries from the age of 7 until the age of 20. According to historians, although Pyu city – states did not unify into a kingdom, more “dynamic” cities “ruled” the economic and development of the Kingdom and received tributes from the smaller cities. Among them, the most powerful city must be Sri Ksetra.

Of the 18 major cities in China, there were both well - developed and less - developed city, according to Chinese records. So far, scientists have not found out the first city and its time of foundation at the same time. They have just confirmed that the first city was established before the year of 94  because of the milestone indicating the change of the dynasty.

In the 7th century, the Pyu people moved their capital northward Halingyi in the dry region, leaving Shri Ksetra as a secondary commercial center in the south. However, the new capital of the north was invaded by the kingdom in the South at the middle of the 9th century. Thus, that event “triggered” the destruction of the Pyu ancient cities.

Criterion (ii): Due to the interaction between indigenous Pyu societies with Indic cultures from the 2nd century BCE, Buddhism achieved its first permanent foothold in Southeast Asia among the Pyu cities, where it was embraced by all classes of society from the ruling elite to agrarian laborers. Marked by imposing memorial stupas and other sophisticated forms of brick ritual structures, the Pyu Ancient Cities provide the earliest evidence of the emergence of these innovative architectural forms in the region, some of which have no known prototypes. The development of Pyu Buddhist urban culture had widespread and enduring impact throughout Southeast Asia, providing stimulus for later state formation after the 5th century CE following the onward transmission of Buddhist teaching and monastic practice into other parts of mainland Southeast Asia.

Criterion (iii): The Pyu Ancient Cities marked the emergence of the first historically-documented Buddhist urban civilization in Southeast Asia. The establishment of literate Buddhist monastic communities arose in tandem with the re-organization of agricultural production, based on expert management of seasonally-scarce water resources and the specialized production of manufactured goods in terracotta, iron, gold, silver and semi-precious stones both for veneration and for trade. Buddhism underpinned the construction of religious monuments in brick through royal and common public patronage, marked by the shift to permanent materials from earlier timber building techniques. The Pyu developed unique mortuary practices using burial urns to store cremated remains in communal funerary structures. Trading networks linked the Pyu ancient cities with commercial centers in Southeast Asia, China and India. Through this network Buddhist missionaries carried their Pali-based teaching into other areas of mainland Southeast Asia.

Criterion (iv): Technological innovations in resource management, agriculture, and manufacturing of brick and iron at the Pyu Ancient Cities created the preconditions leading to significant advances in urban planning and building construction. These innovations resulted in the rise of the three earliest, largest, and most long-lived Buddhist urban settlements in all of Southeast Asia.  The Pyu cities’ urban morphology set a new template of extended urban format characterized by massive gated walls surrounded by moats; a network of roads and canals linking urban space within the walls with extensive areas of extramural development, containing civic amenities, monumental religious structures defined by towering stupas and sacred water bodies. At or near the center of each ancient city was an administrative compound containing the palace marking the cosmic hub of the Pyu political and social universe.

There are three Pyu ancient cities to be recognized the World Cultural Heritages, namely Halin, Beikthano and Sri Ksetra. These are prominent examples of trade, religious organizations, architectures and irrigation systems used in agriculture. 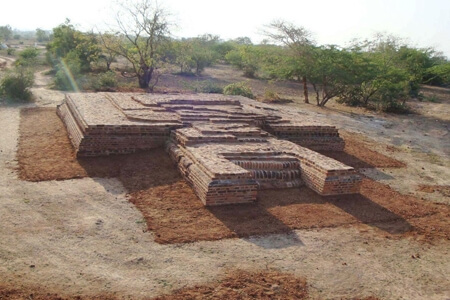 Located in the central region of Myanmar, Beikthano is also known as Vishnu City. The city might be the first capital of a cultural and political state in the history of Myanmar. The city spreads over an area of about 300ha, of which the length is  3000 meters and the width is 1000 meters. It’s worth mentioning that the walled city is surrounded by 6 meters – width wall system. Interestingly, the city has excavated many architectural ruins such as stupas, monasteries, walls, coins, decorative ceramics, cremation remains, etc. 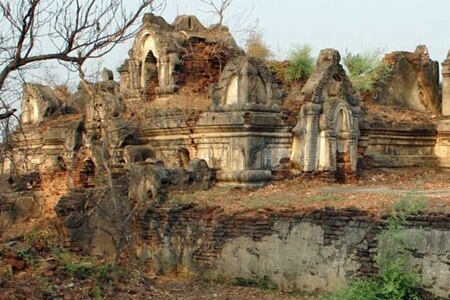 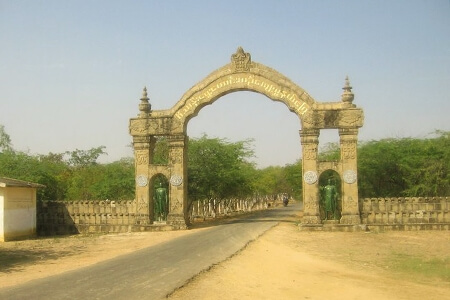 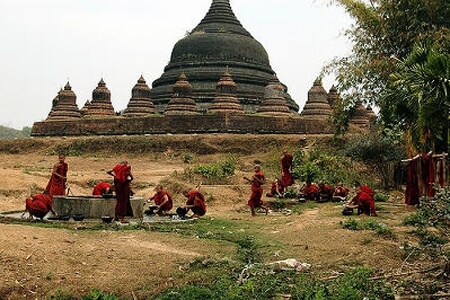 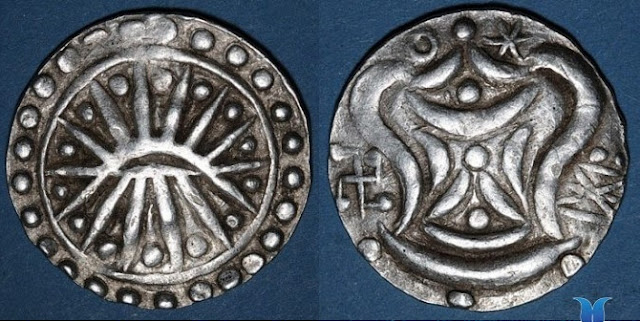 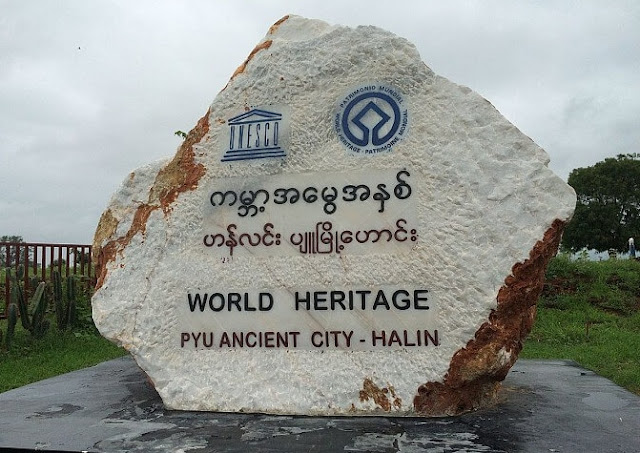 Situated in Mu valley in the central region of Myanmar, Hanlin ancient city is also known as Halingyi. At the same time, the city is one of the largest irrigated areas in Myanmar. Spreading across an area of 664 hectares at the shape of a rectangle. The citadel features 4 main gates and 12 doors and is surrounded by a river or canal. 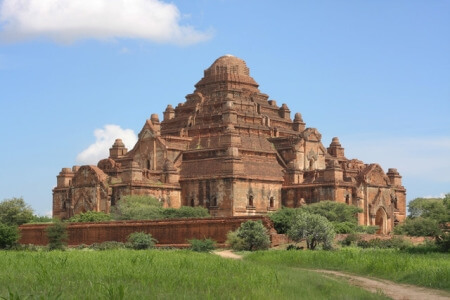 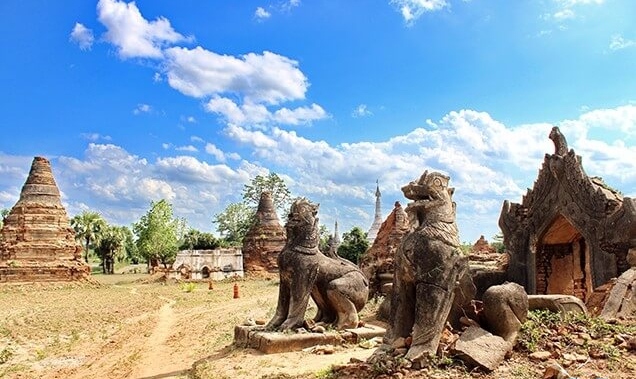 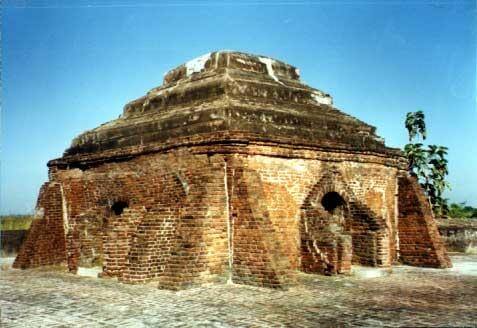 Nestled to the south of the Pyu Kingdom, Sri Ksetra is also known as Thayekhittaya. The city is thought to be founded in the 7th  or 8th century. Additionally, it might serve as the capital of two or three dynasties, including the Vikrama dynasty, which created the Pyu calendar, which later became the official calendar of Myanmar. 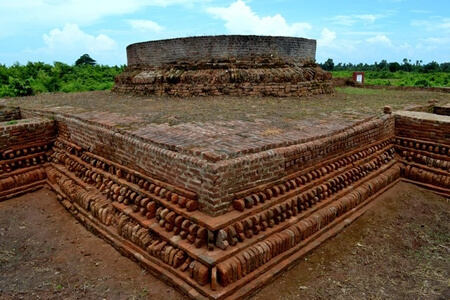 Spreading across an area of about 1400 hectares, surrounded by 4.5 meters - high wall, this ancient city is characterized by 12 entrances and four temples placed at five corners of the citadel. Interestingly,  palaces, monasteries, and houses are located in the southern half of the city. Therefore, the whole of the north captures the attention of tourists by the fields which “’distribute” foods for the whole country when it is surrounded or attacked by the enemy. There is one thing interesting that this route is thought to be the road to India for the purpose of asking for the Buddhist scripture in 648. 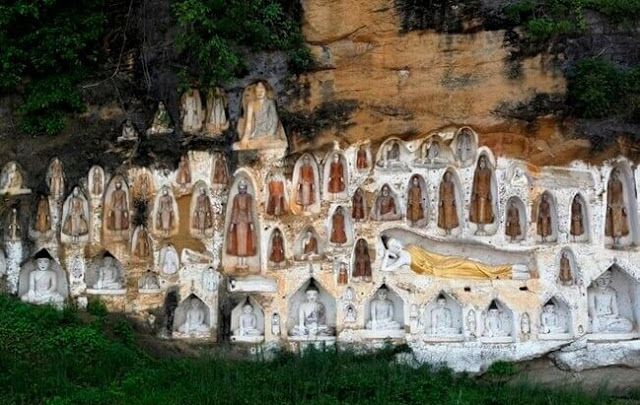 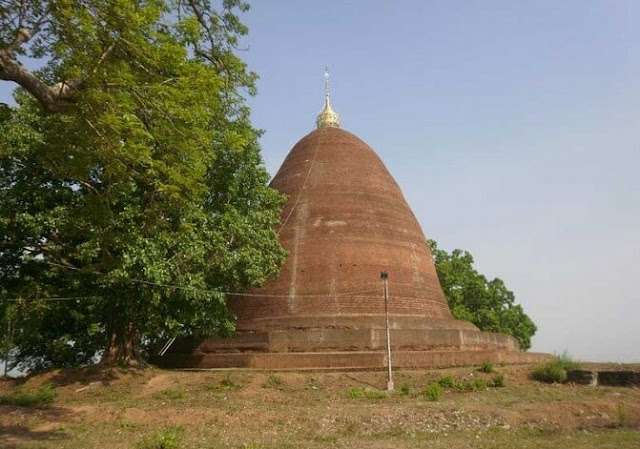 Additionally, the ruins of the towers, Bebe for instance and stone sculptures related to the Buddhist Hindu are founded here.