Category : Top Destinations - By Unknown - At 3:16:00 PM - No comment
Vietnam has a long-lasting history with lots of ups and downs that creates a very rich and diverse culture. One of the best ways to find out more and get some insights about the country’s culture and heritage is visiting these 4 museums.
4. Cham Museum in Danang
The Cham Kingdom used to reign the central part of the country for many centuries before being completely conquered and annexed by Vietnam. You can get a glimpse of this very distinctive culture by visiting the Cham Museum in Danang. First opened in 1919, it is one of the oldest museum in Vietnam. Since then, it was expanded for several times and now presenting a great display of Cham’s sculpture from many areas of the old kingdom. The sculptural artifacts include terracotta and sandstones which demonstrate the Cham’s culture and beliefs which is heavily influenced by India. There’s also a collection of clothing, films and photographs. 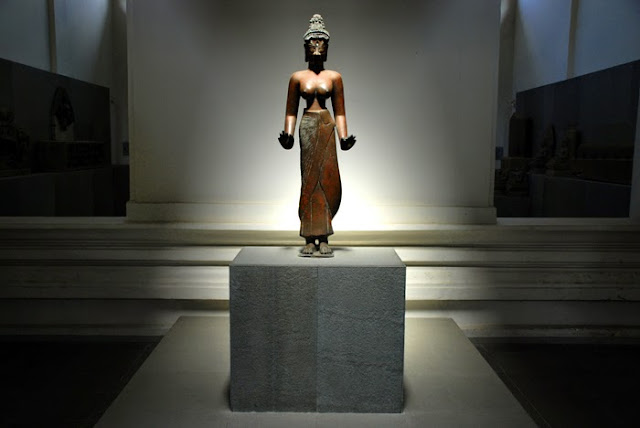 3. Vietnam National Museum of History
Built in 1926 and completed in 1932 by the French. The National Museum of History officially opened for visitors in 1958. From prehistory period (300,000 to 400,000 years ago) to the recent times, the museum itself is a vivid historical book. With nearly 7,000 original artifacts representing all geographical regions during every era, all arranged in chronological order, visitors will adore the incredibly rich history of Vietnam. 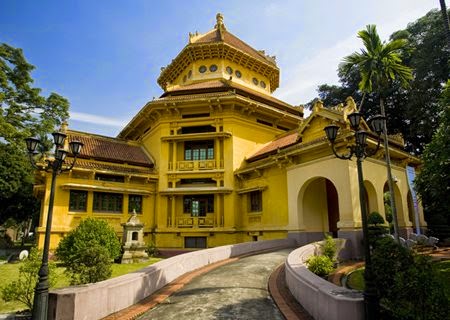 2. Vietnam Museum of Ethnology
Occupying a large area and a modern structure, the terrific collection of well-present tribal art, artifacts and daily objects in Vietnam Museum of Ethnology will tell you a lot about all 54 ethnic minorities living across the nation. In the outside, there are examples of traditional houses such as Tay stilt house in the northern mountain area, the tall and impressive Bahnar communal structure in Central Highland the tomb of Giarai people and many more. The indoor collection is an abundant display of clothing, jewelries, farm equipment, fishing equipment, weapons, housewares and musical instruments. You will see why some say visiting it is like experience Vietnam in one day. 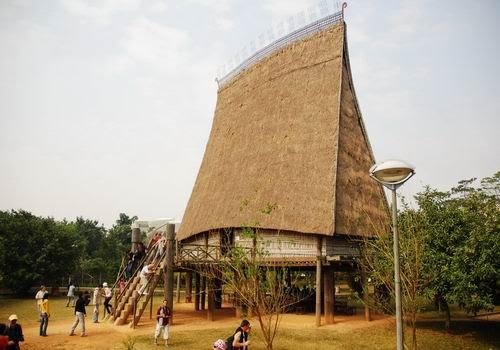 
Formerly called the Museum of American War Crimes, the War Remnants Museum is located close to the Reunification Palace in the center of Ho Chi Minh City. It is truly a compelling display of war crimes (not just the American War) and aggression that have taken their tolls on the Vietnamese people. The museum can be divided into two main parts: indoor and outdoor. The outdoor parts feature several military equipment placed in a walled yard including some American aircraft and tanks. There is also a building which reproduces the infamous “tiger cages” in which the South Vietnamese government kept its political prisoners. The indoor part contains of a series of rooms with different themes such as the effects of Agent Orange, the use of phosphorus and napalm bombs, war atrocities as well as reception worldwide on the Vietnam War and the country’s rebuilding progress. The War Remnants Museum is a must see in Ho Chi Minh City. 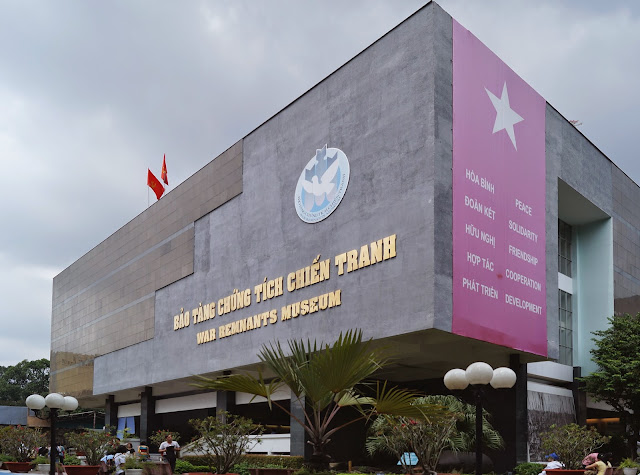