The Legends of Islands and Caves in Halong Bay

Category : Vietnam Destinations - By Unknown - At 2:13:00 PM - No comment
In the imagination of the Vietnamese people, Halong Bay itself is explained by a legend, saying that the islands and islets in the bay was spit out by a dragon family in effort of defending against the invading ships. After winning the battle, they decided to live in the bay. Where the mother dragon descended is Halong Bay today, hence the name (Halong means Descending Dragon).
But that is not the only legend here. In fact, there’re many islands and caves in Halong Bay that is associated with a story, either a legend or a historical events. Here’re the 3 most famous of them all.
1. Dau Go Cave (Cave of the Wooden Stakes)
This majestic cave is linked with a major victory in the 13th century, when Vietnam was under Tran Dynasty. Back then, the formidable Mongol tried to invade many parts of Asia continent, including Vietnam. Against the invasion army, General Tran Hung Dao demanded to deploy an immense wooden stakes formation under Bach Dang River. In preparation for that, the Vietnamese had to hide those secret traps inside Dau Go Cave. As it turned out, hundreds of Mongol battle ships were punctured by the wooden stakes when the tides went up and at the end, the Vietnamese prevailed. 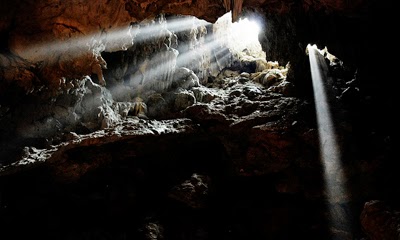 2. Trinh Nu Cave (Cave of the Virgin)
Unlike the glorious story of Dau Go Cave, the legend of Trinh Nu Cave is a sad love story. It says that once upon a time, there was a beautiful girl, born and raised in a poor fishing family. To make a living, they have to work for the lord of the village. Realizing the beauty of the young girl, he tried to force a marriage with her. As having already engaged with another man who was then away on the sea fishing, the girl refused to get married with the lord. After all efforts turned out in vain, he exiled her to a desert island. Suffered with starve and exhaustion, in a stormy night, she turned into stone here. Hearing the bad news, her fiancée set sails, trying to search for her in desperation. Unfortunately, a lightning stroke right at his boat and he was drifted to the same island. In a sudden bolt, he could see his future wife calling for him desperately. He tried to reach her but couldn’t. And in exhaustion, he ended up turning into stone as well. Today, the girl’s island was called Trinh Nu Cave (the Cave of the Virgin). In front of the cave, visitor can see her statue. Opposite to it is Trong Cave or Con Trai Cave, meaning Cave of the Man. 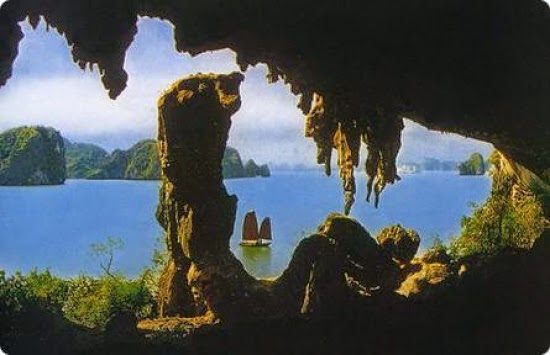 
Cat Ba is the biggest island in Halong Bay area. Its name was believed to be wrongly pronounced as the correct name should be Cac Ba (literally means the Ladies). Legends say the ladies and the young women once work here to support the men fighting against invasion army on another island named Cac Ong, now called Cat Ong (Island of the Men).